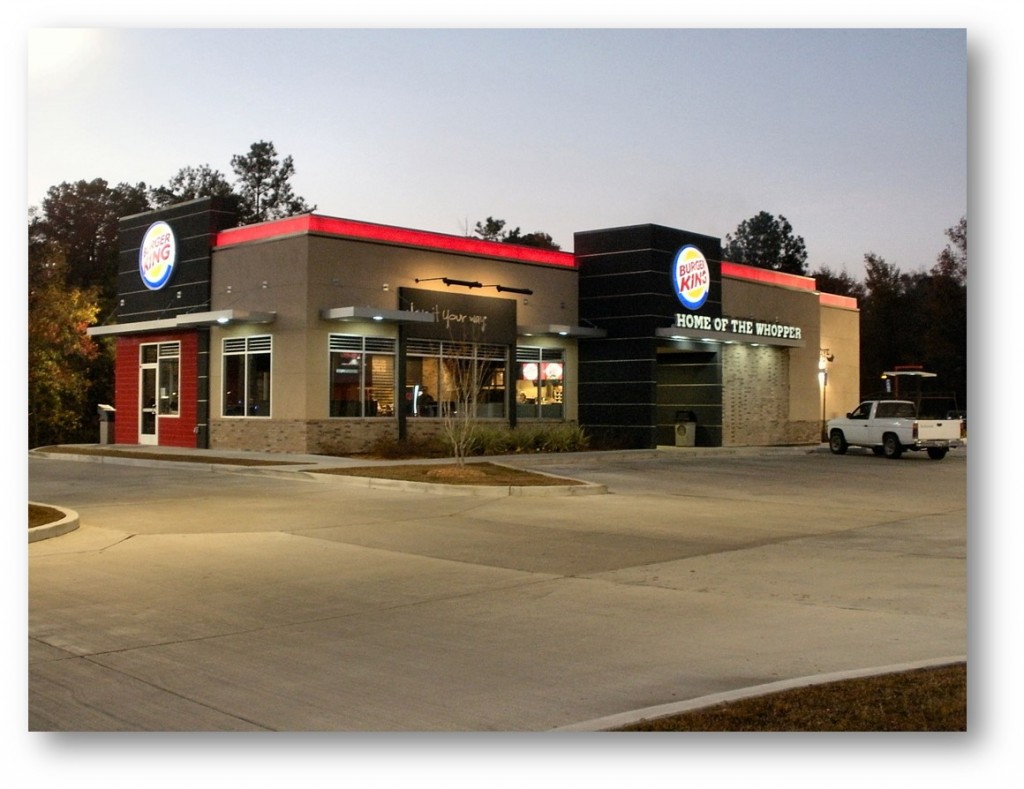 The Burger King site in Brookhaven, MI was a scrape and rebuild of an existing Burger King outlet.  Brookhaven had several site challenges.  The lot had only been 50% developed due to the existence of an open drainage swale bisecting the property.  The constrained site created a conflict between the drive through lanes and walk-in traffic.  Worked with the city to allow underground piping of the swale.  This opened up the entire site for development.  We then designed a more efficient site plan with the emphasis on resolving the previous design’s traffic flow conflict between the drive-through lane and the walk-in foot traffic.